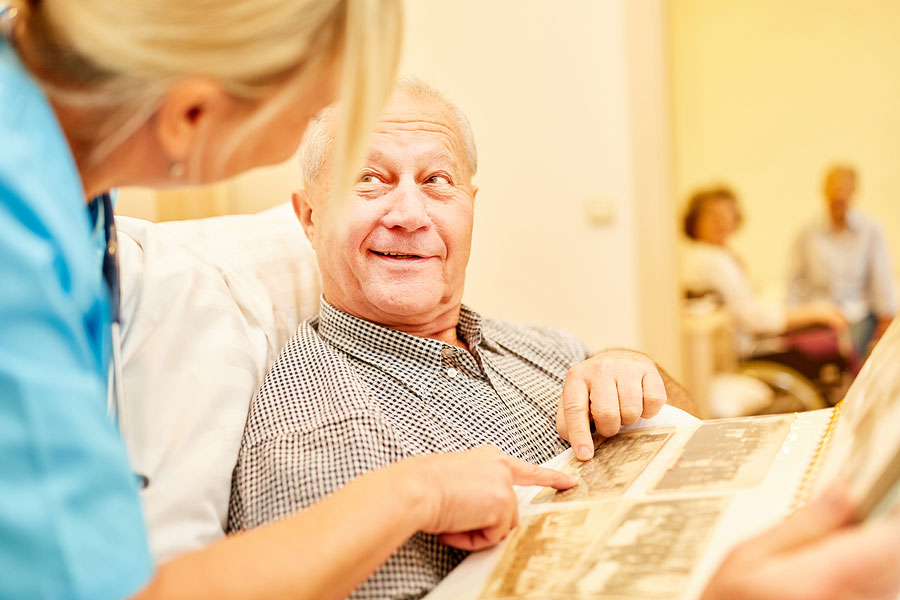 Key Differences Between Dementia and Alzheimer’s

The word “dementia” standing alone is not a specific disease; instead it’s an umbrella term that is used to describe a wide range of common symptoms that impact a person’s cognitive functioning and the ability to perform everyday activities independently. These symptoms may include:

A person with dementia is not necessarily suffering from Alzheimer’s. Alzheimer’s is the most common form of dementia, but there are several other kinds, including:

Frontotemporal Dementia – as a result of damage to the frontal and temporal lobes of the brain.

Vascular Dementia – resulting from a stroke or another condition that blocks blood flow to the brain.

Creutzfeldt-Jakob Disease – caused by an abnormal infectious protein in the brain.

Huntington’s Disease – an inherited condition where nerve cells in the brain break down over time.

Mixed Dementia – meaning that the sufferer has more than one type of dementia.

How Many People Have Dementia?

The World Health Organization (WHO) estimated that in 2017 that over 47 million people worldwide were living with some form of dementia. This number is expected to triple by 2050.

How Many People Have Alzheimer’s?

The Alzheimer’s Association states that Alzheimer’s Disease is the cause of as many as 60-80% of all dementia cases globally. This translates to 28-38 million people worldwide.

What are the Risk Factors for Dementia?

The main risk factor for dementia is aging. In fact, up to 50 percent of people ages 85 and up may have some form of dementia. Approximately 33 percent of people over the age of 85 currently have the type of dementia called Alzheimer’s Disease. It is possible to develop dementia at a younger age, but it is much rarer.

The short answer is, we don’t know for sure. Our basic understanding is that Alzheimer’s is a type of brain destruction that may eventually happen alongside aging, and that gets worse over time. Various researchers believe that this process may be accelerated by diminished blood flow, inflammation, excess amyloid protein, toxins, injury, or malnutrition. All of these areas are being worked on by science, and the hope is that eventually, a cure for Alzheimer’s will be found.

What Treatment is Available for Alzheimer’s?

Alzheimer’s disease affects a person’s memory, language, and even their thought-processes. To date, there is no specific treatment that can completely prevent Alzheimer’s Disease. However, research is ongoing, and new ways to help slow symptoms are being developed. Current treatments for Alzheimer’s are aimed at relieving symptoms and could include:

Do you Need Help with Your Loved One?

Caring Healthcare can help your family member suffering from any form of dementia, including Alzheimer’s. We provide care in the comfort and safety of the patient’s home environment. Treating people with Alzheimer’s disease or other forms of dementia is very challenging, but our goal is to help your loved one keep as much of their independence as possible. Please contact us for a discussion of your situation and your care needs, so that together we can arrive at a tailored solution for your family.

Easing Caretaker and Patient Depression After a Stroke

Easing Caretaker and Patient Depression After a Stroke