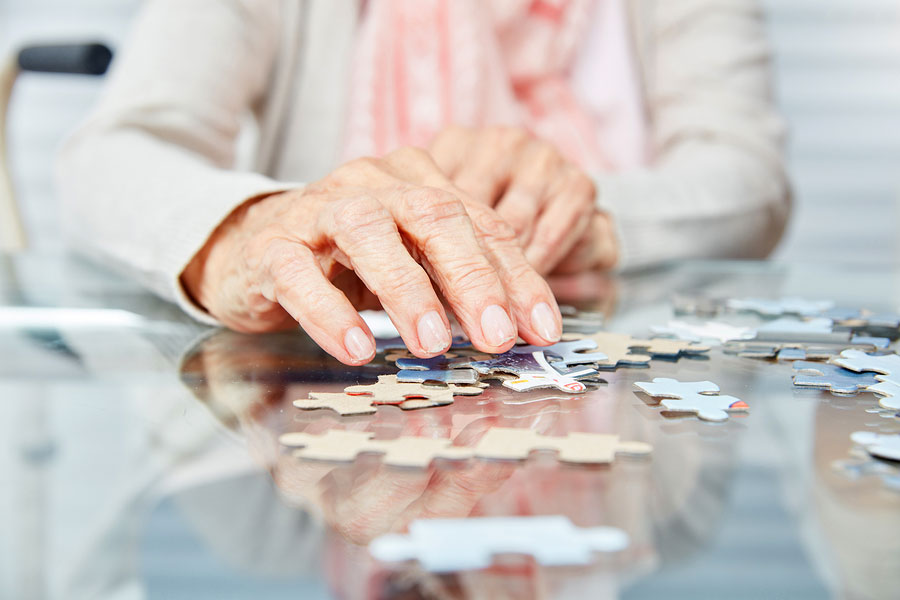 If someone that you love or care for is exhibiting symptoms of dementia or Alzheimer’s Disease, rule out an underlying cause or condition. Dementia covers a wide span of behaviors that could also be explained by causes unrelated to Alzheimer’s Disease, and that can be treated with a positive prognosis.

Eight very treatable conditions that may mimic dementia and Alzheimer’s Disease are:

As you age, your body metabolizes medications differently. Sometimes medication can build up in the system, causing memory issues and confusion that may resemble dementia. Furthermore, ask your doctor to clarify whether medication side effects or interactions could be the underlying problem.

Perhaps the things you notice are a symptom of a mood disorder, mental health, or depression issue. The lack of interest and withdrawal, though often signs of dementia, could merit mental health assessment and treatment.

Are you or your loved ones-getting enough B-12? Vitamin B-12 is needed for blood cell production and is usually ingested through a diet rich in meat, eggs, and dairy. When you get older, it is more difficult for your body to absorb this nutrient, resulting in a deficiency. Symptoms of this include irritability, depression, memory loss, tingling in the limbs, and changes in behaviors or personality. Your medical provider may prescribe a daily supplement to reverse these symptoms.

Untreated infections can create symptoms that resemble dementia and Alzheimer’s Disease, especially urinary tract infections among the elderly. Seniors may not demonstrate typical symptoms like pain and an elevated fever, but instead the UTI may create delirium, confusion, memory issues, and agitation.

Could the symptoms you see be a result of normal pressure hydrocephalus? This is a condition caused by a build-up of fluid in the brain, which is treatable and reversible. The swelling caused by the fluid manifests in symptoms including issues with balance and physical mobility.

Substance abuse can look a lot like dementia. Drinking and drug abuse destroy brain cells, which impacts memory, balance, and thinking. Alcohol deprives the brain of nutrients that are needed – especially in later life. Long term alcohol abuse may cause symptoms like agitation, aggression, memory loss, and confusion.

It is not uncommon for seniors to have issues with their thyroid; in fact, it is estimated that around 30-million Americans suffer from thyroid disease, and nearly half are unaware that they do! Some symptoms of a thyroid issue can look like Alzheimer’s and include lethargy, depressed mood, anxiety, and forgetfulness.

The American Diabetes Association reports that around one-quarter of seniors in this country have Diabetes. Untreated Diabetes can result in glucose swings that replicate many of the benchmarks of dementia. Whether you have too much sugar in your blood vessels or too little, the resulting symptoms include irritability, forgetfulness, confusion, and difficulty paying attention.

If your loved one is exhibiting signs of dementia, seek medical assistance. To preserve autonomy, consider in-home healthcare from Caring Healthcare, based in Columbia, SC. The symptoms that you perceive as Alzheimer’s Disease could be something as simple as a medication interaction, which can be reversed quite easily!

Life After a Stroke: 12 Things Stroke Caregivers Should Know

Life After a Stroke: 12 Things Stroke Caregivers Should Know